Back in June last year the Jisc Collection Management Community Advisory Board issued a brief survey, circulated to various mailing lists.  The aim of the consultation was to gauge community appetite for adopting a common approach to recording retention information in bibliographic records.

We received 39 responses, the majority of which were positive about the principle of incorporating retention information in bibliographic records: 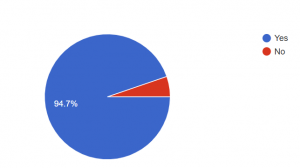 Over 50% of respondents’ institutions were currently incorporating, or planned to incorporate retention information in bibliographic records: 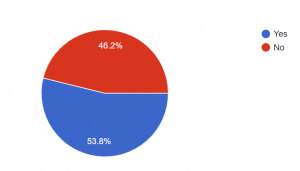 Of those already doing so, the most regularly cited MARC field used was 583.  Of those with plans to do so, several had not yet decided on the field to use.

All respondents agreed that they would be prepared to use a standardised format for recording retention information if recommended/endorsed by the community and/or representative bodies.  Reasons given for responses included:

“standardisation is key to sharable records”

“We like to adopt agreed metadata standards where they exist”

Following the results of the survey, and additional discussions, the CMCAB decided to proceed in working on some recommendations around the use of standardised retention codes during the Autumn.

Watch this space for an update on the results of that work shortly.