Library of the Week: 30th May: A very exciting post this week from the Royal Library at Windsor Castle! Find out more about the history of the library and the amazing collections held there. Thank you to the Royal Library Team for taking part.

What do you do when your brother gives your father’s important collection of 65,000 books to the nation? That was the question facing William IV when he ascended the throne in 1830, since his elder brother George IV had graciously given the King’s Library to the British Museum in 1823. William’s solution was to hire the architect Sir Jeffry Wyatville to fit out a grand new library at Windsor Castle, bringing together collections of books from across various royal residences. In his will, William IV declared that the Library would be ‘inalienable’, meaning that its books would forever be in the care of the Sovereign.

The new Royal Library united books from George III’s collections at Windsor Castle and Kew Palace with those owned by George IV at Carlton House and Brighton Pavilion. Many of these books illustrate the personal interests of the two monarchs: George III’s collection was particularly strong in books on natural history, science, theology and architecture, and George IV’s on militaria and contemporary literature. 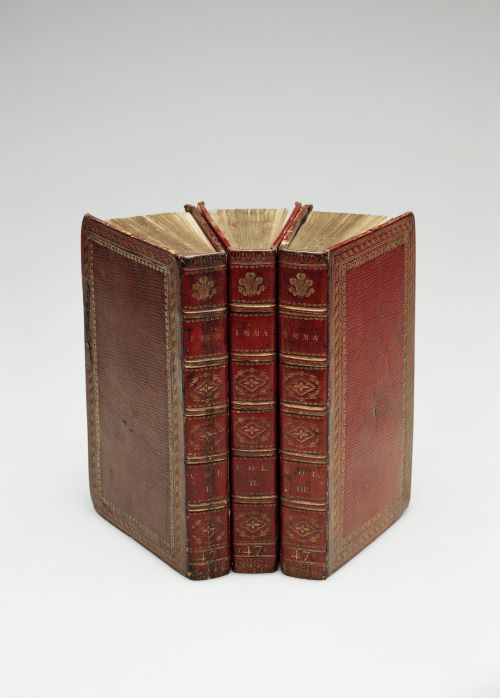 William IV and his Librarian John Glover made important acquisitions of books and manuscripts. William’s consort Queen Adelaide continued George IV’s subscription to John James Audubon’s Birds of America and the King began a subscription to John Gould’s magnificent bird books, both series finding pride of place in the Library; they are regularly on display today.

William and Glover also recognised the importance of collecting bibliographically significant works, and many incunabula were acquired during this period. These complemented those acquired by George III which were retained from the gift to the British Museum. The Library now houses over 200 incunabula, including a copy of the Mainz Psalter (1457), the second book to be printed with moveable metal type, presented to George III in 1800 by the University of Göttingen.

Following the King’s death in 1837, Glover continued to make acquisitions for the Royal Library, until his own death in 1860. Prince Albert then set about a massive reorganisation of the library spaces. He instructed the new Librarian, Bernard Bolingbroke Woodward, to improve the cataloguing of the collection, arrange it by subject, and add a bookplate to each volume. This arrangement remains largely in place today. The Royal Collection Trust website contains further information about the Library and its collections.

Among the finest books in the Library are an internationally significant collection of South Asian manuscripts, including the Padshahnama of Shah-Jahan (r.1628-58), which was presented to George III in 1798. In 2018-21 a major exhibition of this material was held at The Queen’s Galleries in London and in Edinburgh. 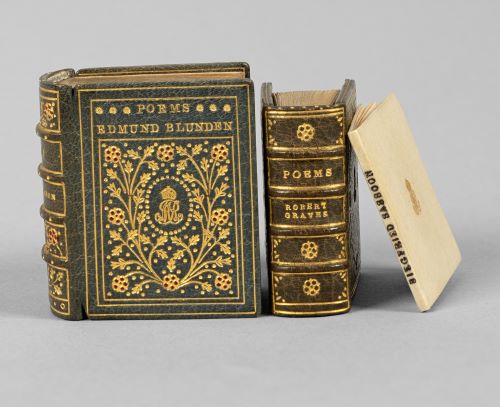 The Royal Library cares for the library of miniature books in Queen Mary’s Dolls’ House, which serves as a time capsule of the contemporary literature of the 1920s. Princess Marie Louise together with the writer E.V. Lucas wrote to many of the time’s most significant writers, including household names such as Sir Arthur Conan Doyle, A.A. Milne and J.M. Barrie, to ask them to copy out extracts from their published work into tiny books, or, preferably, to contribute something new. The books, each no higher than 4 cm, were bound by leading binderies, including Sangorski & Sutcliffe and Zaehnsdorf.

As well as books, the Royal Library is responsible for insignia, coins and medals. The collection of insignia records orders of knighthood acquired by British monarchs from George III to the present day, including fine examples of insignia of the Most Noble Order of the Garter, the most senior order of knighthood in Britain. 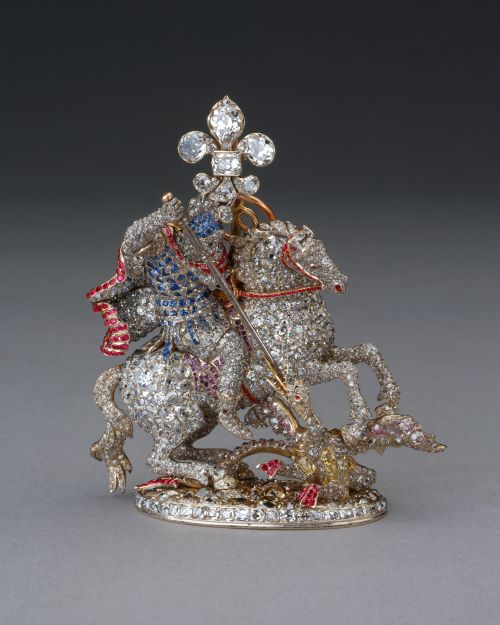 The collection of coins and commemorative medals was brought together by Queen Mary, having previously been spread across many residences. It includes a rare portrait of William the Conqueror, the earliest depiction of a British monarch in the Royal Collection, and coins found in three hoards from the Duchy of Lancaster. The collection also contains examples of Maundy money, the symbolic alms given out on Maundy Thursday, and touch pieces, which were distributed during the ceremony of touching for the King’s (or Queen’s) Evil (scrofula).

A silver penny of William the Conqueror

Today, the Royal Library regularly contributes to Royal Collection Trust exhibitions, most recently Japan: Courts and Culture, the first exhibition to look at four centuries of Royal engagement with Japan. Of the items selected for the exhibition is a copy of Englebert Kaempfer’s History of Japan, probably acquired by Queen Caroline, consort of George II.

The Library is an important part of the Royal Household and regularly assists in events throughout the year, organising displays of material for occasions such as State Visits and receptions. We also arrange more intimate events for Her Majesty The Queen, such as the annual Dine and Sleep, when Her Majesty’s guests are entertained in the Royal Library after dinner with personalised displays from across the Royal Collection.

The vast majority of the Library’s collection is searchable via Royal Collection Trust’s Collection Online webpage and efforts that began during the pandemic to make books further accessible via external sources, including ISTC, ESTC and Library Hub Discover, are ongoing. In advance of the Library celebrating its bicentenary in the 2030s, we are also greatly improving the records of our most significant material, and new interpretation of the collection is regularly being added to the website. We have also published several specially-curated trails that highlight some of the wonders of the Library’s collection.

The Royal Library welcomes a wide range of visitors throughout the year. Our research visitors range from students and academics to authors and private individuals. We also host group visits. If you are interested in visiting the Royal Library for research or as part of a group, please contact us by email in the first instance at royallibrary@rct.uk.

We look forward to welcoming you.

You can explore the library’s collections on Discover and find further contact details on their Discover information page.